Macarons - A Mac with the Lot

I have just completed a day at Savour Chocolate & Patisserie School in Melbourne with the extremely talented Paul Kennedy. 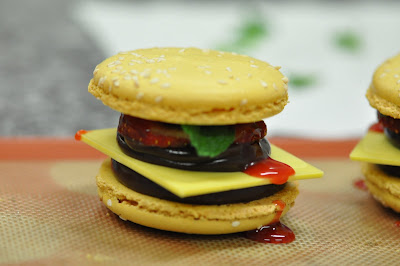 This what you would I call a 'Mac with the lot' - a 7 cm citrus macaron with sesame seed decoration, with chocolate mint ganache, lemon mint chocolate (cheese), sliced strawberry, kiwi fruit and fresh mint leaves designed by Paul Kennedy.
This was a great class with only 5 students. We were shown three techniques for making macarons (French, Italian and Spanish) and four steps to the perfect macaron.
During the class we made: 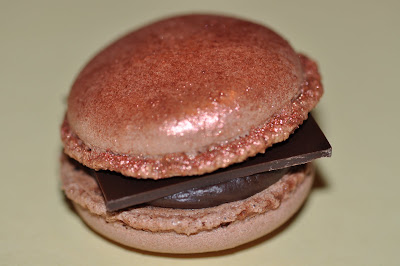 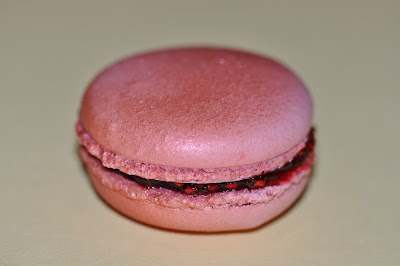 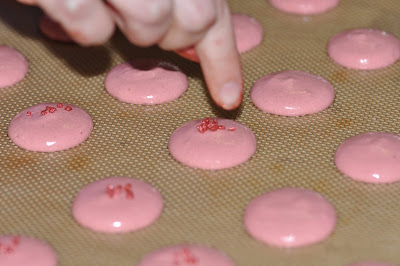 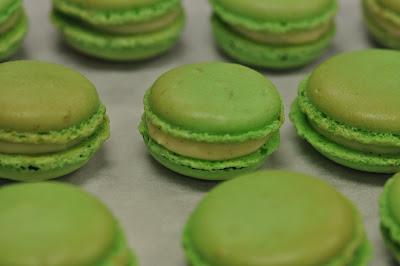 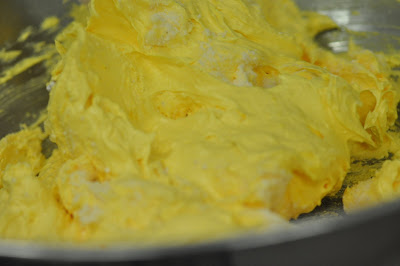 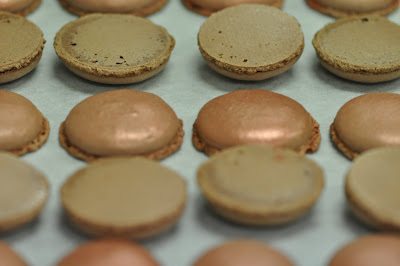 Chocolate Coriander with coriander milk chocolate ganache
Best of all, we made macarons with shiny shells, crunchy on the outside and chewy on the inside and they all rose with tiny cute little feet.
The French method is the traditional way and hardest to do as it cracks if not done properly. Egg whites are whipped until they are stiff and then the almond/sugar mixture is added into the meringue giving a fairly stiff meringue.
The Italian method is used the most commercially but is difficult. A hot sugar syrup is poured into the whipped egg whites and then cooled while whipping further. The dry ingredients are first mixed with a small portion of unwhipped egg white to form a paste and then the whipped egg whites are folded into the paste.
The Spanish technique is considered the best method as it gives a better structure, although it has a tendency to get air bubbles. The Tant Pour Tant (half almond/half castor sugar) is sifted with icing sugar giving a higher sugar content, the egg whites are whisked and the caster sugar is added in three batches, then mixed until the stiff peak stage.
Piping takes some practice, but you get better as you do more. You have to keep the bag at a 90 degree angle with the bag straight up, perpendicular to the mat. The mixture is dropped rather than piped using little pressure. To move to the next macaron, release pressure, use a quick flick of the tip of the pastry tube and move to the next position. 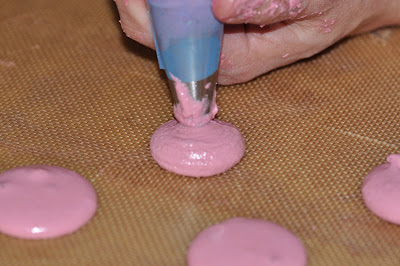 The information given to me by Savour is copyright so I am not able to replicate class notes here. In future blogs, I will give my own recipes as I experiment with different recipes. 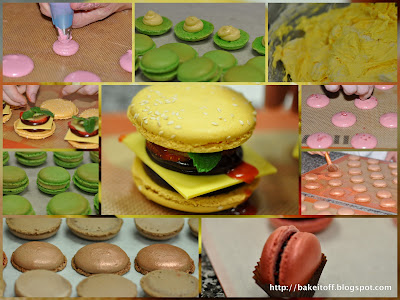